Car Rental Malta From 8 EUR or 10 USD / day | Local Car Hire > Things to Do in Malta > Malta: A Perfect Place For Summer Getaways And Their Festivals

Some people fond of traveling, backpackers as we call them, they search for a nice country, place or city to visit. People are fond of discovering different cultures, languages and food. In searching for a nice vacation that you think is worth it. Malta should be in your bucket list.

Malta, especially in Valletta, the city capital, hosts a whole year-round of festivals, carnivals and cultural events. Here are some of the festivities that held throughout the year and the best time to go there to witness the joyful, fun and memorable event for a perfect picture.

Make sure that Malta is one in your bucket list if you love to experience nature-friendly scenery plus an enjoyable nights and days for good music and delicious food.

As a tradition, locals are on their strange clothes and have their procession in vibrant and decorative floats to fill the streets at night. But the most extreme celebration is in Paceville, where the nightlife hub, the bars and clubs have their own costume. It held on late February or early March. 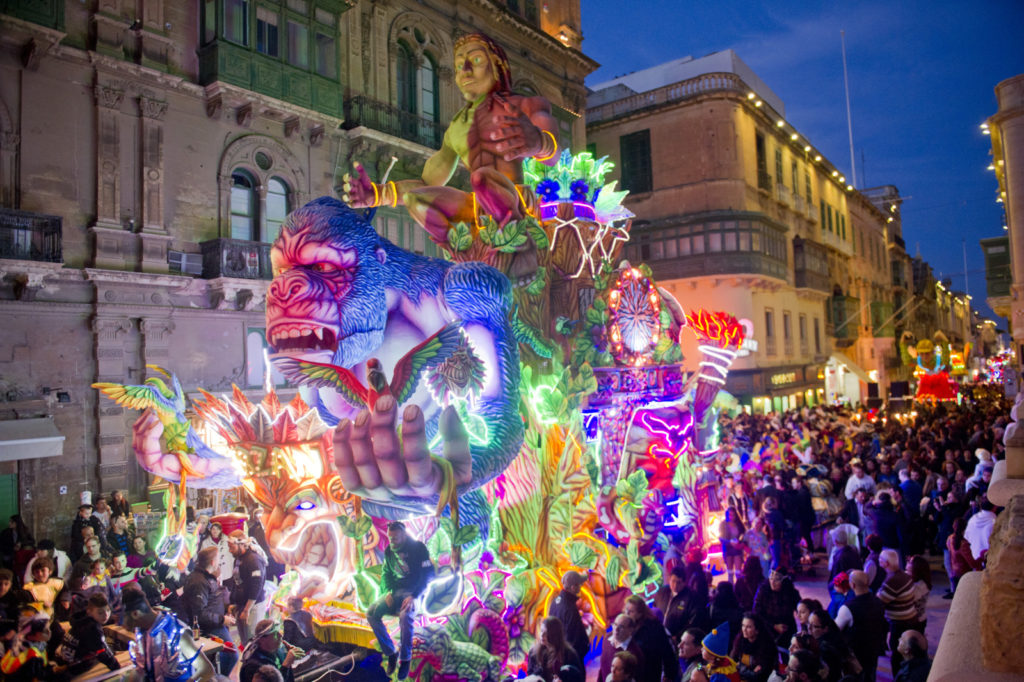 If you love jazz, every July is a good month for you to be serenaded for this three day festival given to the entire jazz and blues fanatic. It is usually held across Valletta is the place where performances are held and it is feature worldwide. 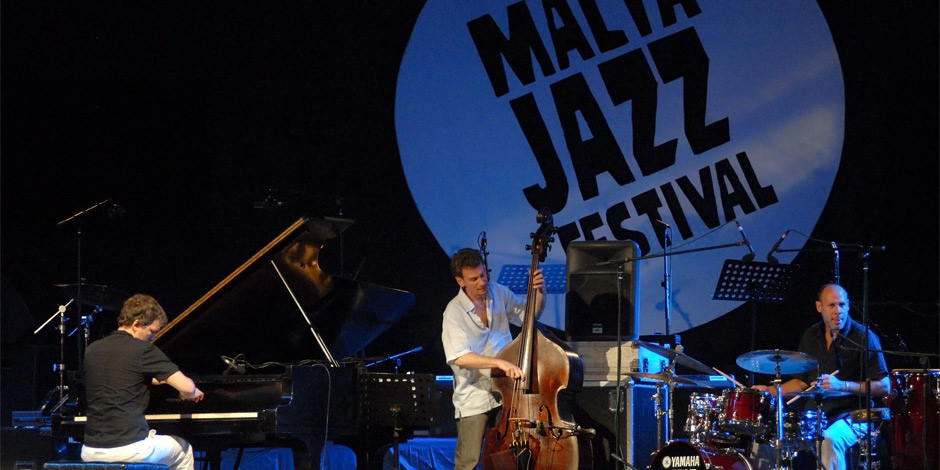 Compare to other festivals in Malta, Notte Bianca is a night celebration that focuses more on arts and culture to make the roadways and concert halls of Valletta into life that held every October. There are different varieties of performances happening here like the free street shows to modern dance and to drastic art connections. Also, the museums and other historical places are open to the public in an early hour to contemplate the beauty of Malta.

Every year of June, the traditional life in Malta can be witnessed by this festival. This is held in a small wood located near Rabat which is the Buskett Gardens. Maltese singing and dancing plus the local foods, which fried rabbit, is also included in this festivity. People that are riding on horses and donkeys  with their stunts can be watched on the next day to sought-after ‘Palju’ — is a banner that was originally presented to the winners by the Grand Master of the Order of the Knights of St. John. This is an energetic and lively festival. 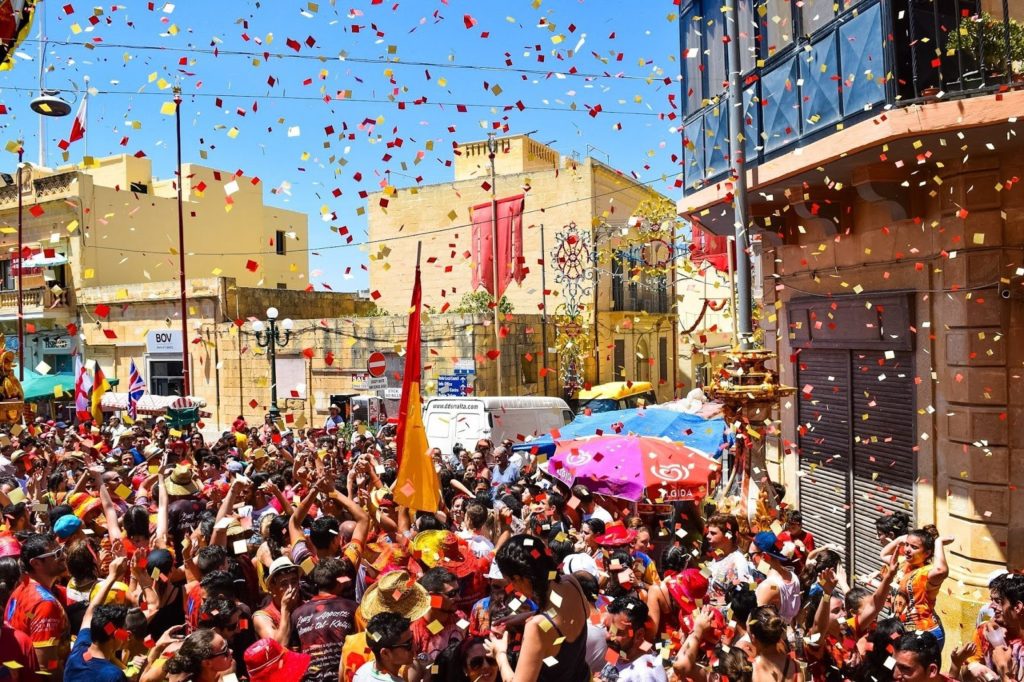 The patron saint of Malta is Santa Marija or Our Lady of the Assumption which is celebrated during the 15th of August as their national holiday too. This feast is celebrated through parades and processions where every towns and villages are merrily decorated. Also it has traditional street parties, music and dancing. Of course in every festival there’s a highlight and that is a fireworks show. 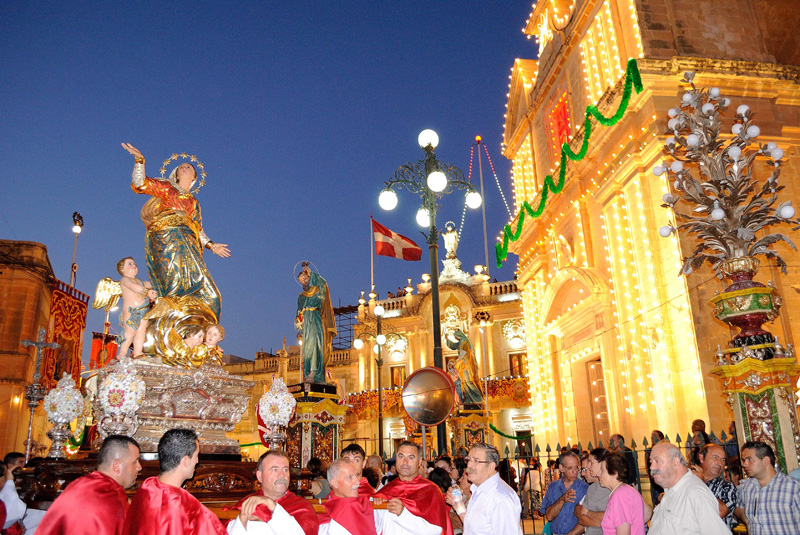 If you are fond of parties and trying to look for a new thrilling environment, Isle of MTV is the best for you that held at the end of June. Concerts, pool parties and famous DJs around the world are sure hit for this festival. Aside from all the activities and guest the most interesting part is that the entrance fee is free and no age restrictions. This is held in Floriana, outside capital of Valletta. Once you reach the place, the visitors of this event have a free bus ride. This is one of the biggest music festival in Europe. 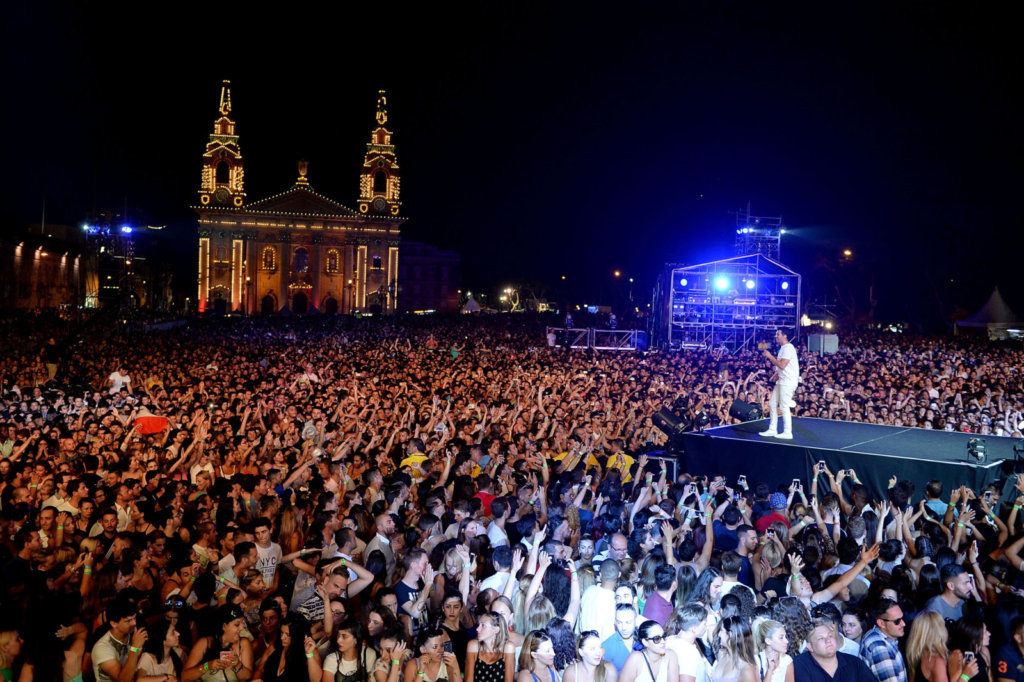 It is a three-day event that starts on August 14 and 15 at Gianpula fields, the high-end skyline of Malta’s city, the Mdina, which is the highlight of the festival.  It is followed by a boat-party on August 16 for the picture-perfect finale. The worldwide electronic music fanatics will be gathered to witness another audible venture of music under the sun at Mediterranean island of Malta.

This festival has different stages for the performers from rooftop pool parties to an ancient vault. Some of the famous performers will be on this event just like Nina Kraviz, Jeff Mills, Floorplan, Rødhåd, Motor City Drum Ensemble, Hunee, Amelie Lens, Charlotte De Witte & Dax J. Also the legendary electro figures Dopplereffekt. 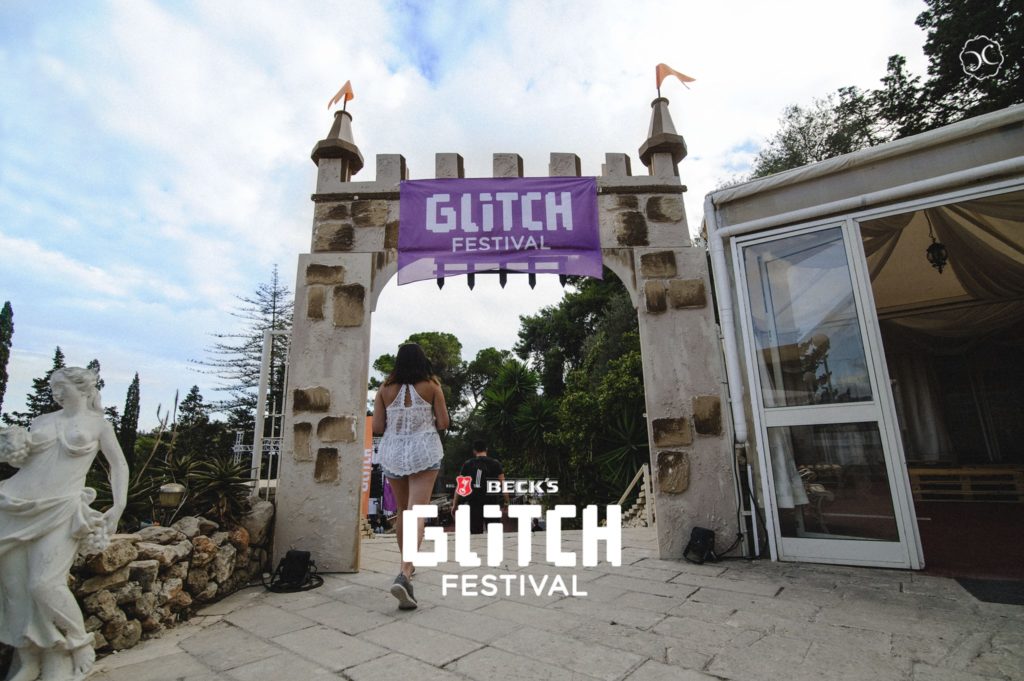 In October, Gozo, one of the beautiful islands in Malta, hosts an annual cultural festival. There are many events for free and this is not just a usual program. The performances are big time to have it for free like the theater, opera and classical music. The program is not just for music. Also there are customary food carnivals, workshops and talks.

You can witness a magnificent, fiery event for three days at the end of April which is one of the special affair in Malta, the Malta Fireworks Festival. The fireworks are held in different places. The first night is in Xaghra, Gozo, the second night is in Marsaxlokk, the seaside town in the south of Malta, then on the third night is in the capital of Valletta, which is the grand finale where the Grand Harbor has a big role on it.

In Fort St. Elmo, Valletta, there’s a newly event that started last year, 2017. It is celebrated for two days with high-class performances of the world’s music performers. People in Malta are joined by different musicians all over the world, especially from Finland and Gambia. This describe as tremendously positive celebration for the world music.

Last year celebration made a good impact for the people especially those who love music so this year they will make it more interesting, fun and sociable to Maltese. They want to make sure that the visitors and even locales will surely make this festivity a memorable one.

The aim of this festival is to let them show the beauty of their culture through music. The theme of this year’s music festival is  European which will outshine the expectations. Famous performers will join the stage such as Cushion, Refugees for Refugees, Afro Celt Sound System, Ana Alcaide, Trad.Attack! and Electrik Gem. 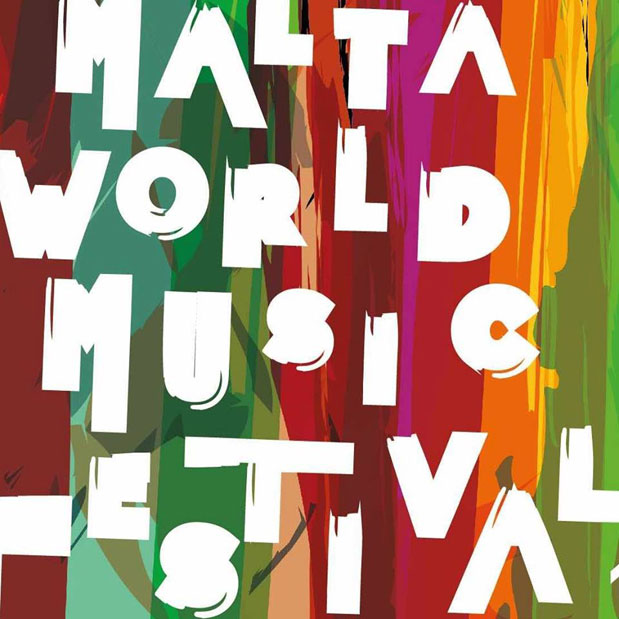